Years after IS expulsion, destroyed bridges and continued suffering in Raqqa (Photos)

AMMAN — Four years ago, the Raqqa Civil Council was founded under the Autonomous Administration in North and East Syria (AANES) and given responsibility for all service and health matters in the province. Despite local and international interest in projects to support the stability of Raqqa city, which the Islamic State (IS) took as its capital, the city remains in ruin and residents continue to suffer.

In October 2017, the international coalition-backed Syrian Democratic Forces (SDF) announced that IS was eliminated in Raqqa city. It came at the cost of, among other things, the destruction of most of the city’s infrastructure, especially its bridges and ferries, which “are the main lifeline for the area’s residents,” as one Raqqa resident who wished to remain anonymous put it in his conversation with Syria Direct. According to United Nations estimates, 70-80 percent of the city is destroyed. 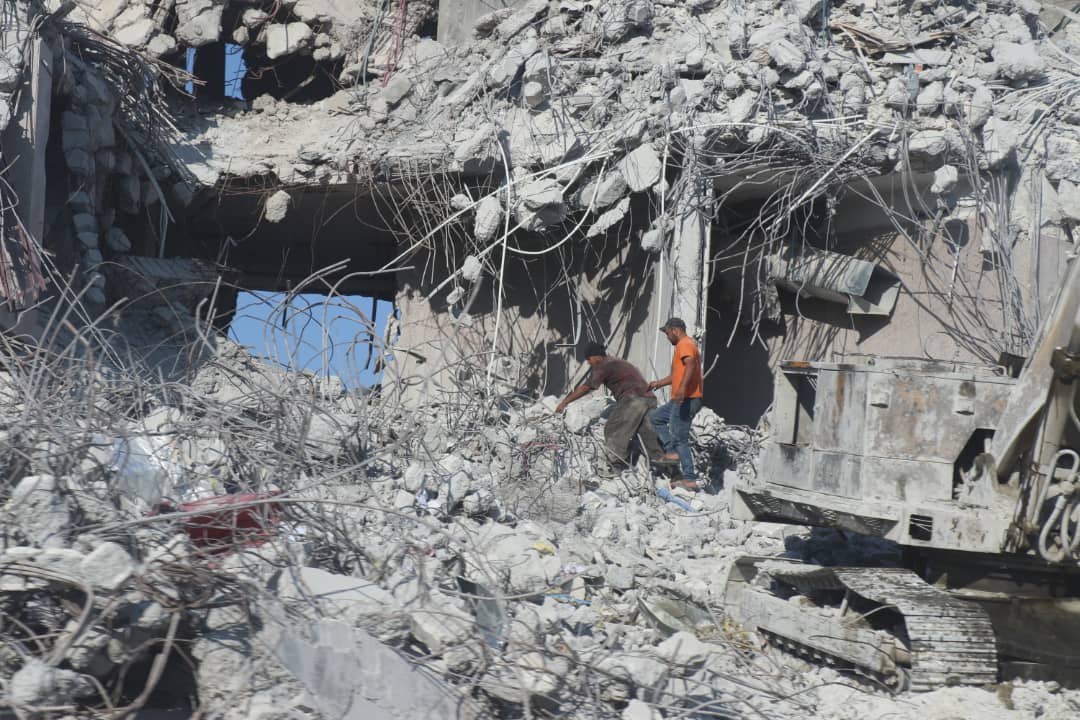 Young men work above the ruins of a completely destroyed building in Raqqa city, northeast Syria in an archival image (Syria Direct) 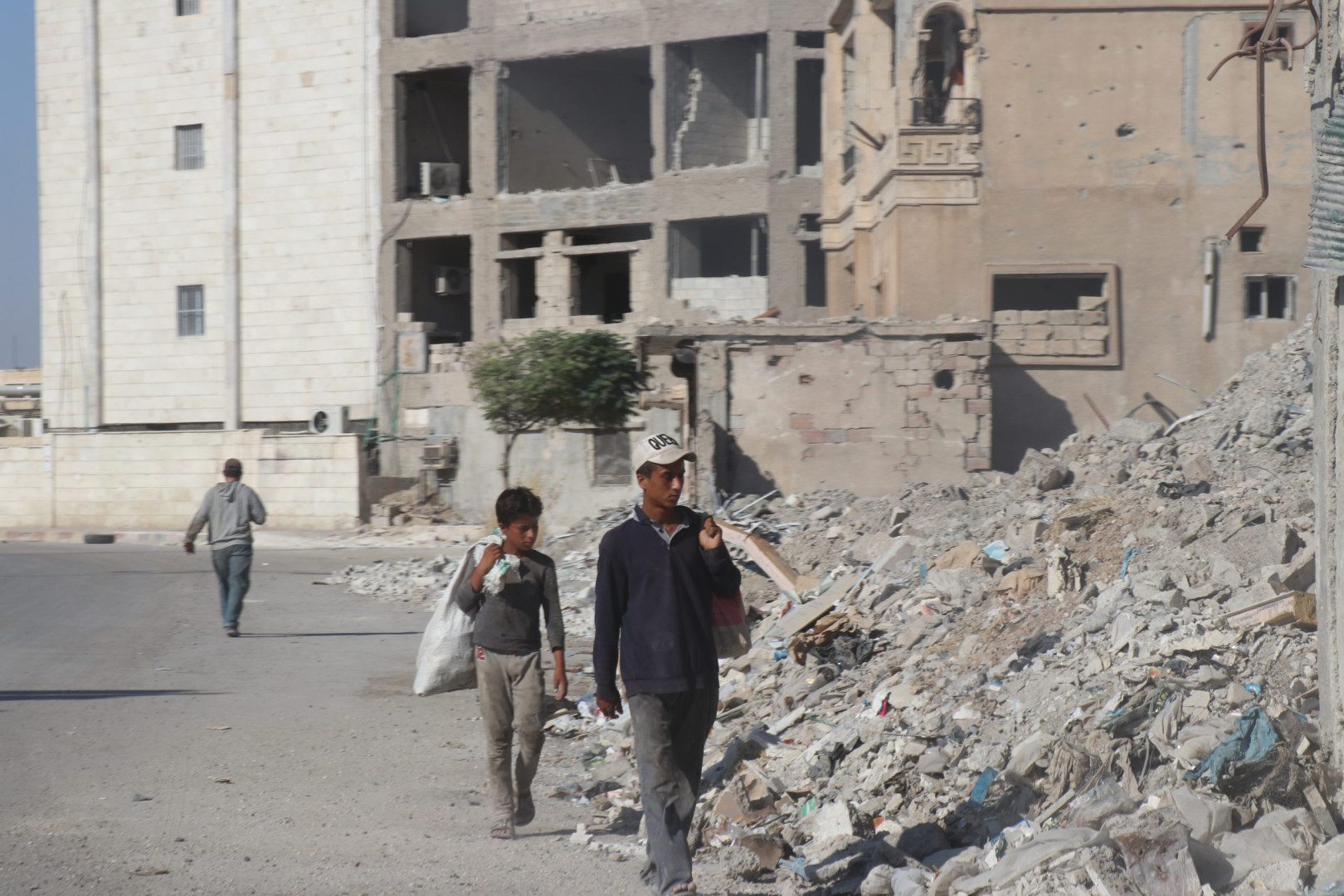 While the Euphrates River separates Raqqa city from its southern countryside, its tributaries also penetrate the province, hindering the movement of residents of the area in light of the bridges and ferries being out of service.

According to data Syria Direct collected from official sources and civil society organizations in the city, the province contains 134 bridges and crossings. Some 66 of these were completely or partially destroyed by international coalition bombings or IS attacks. 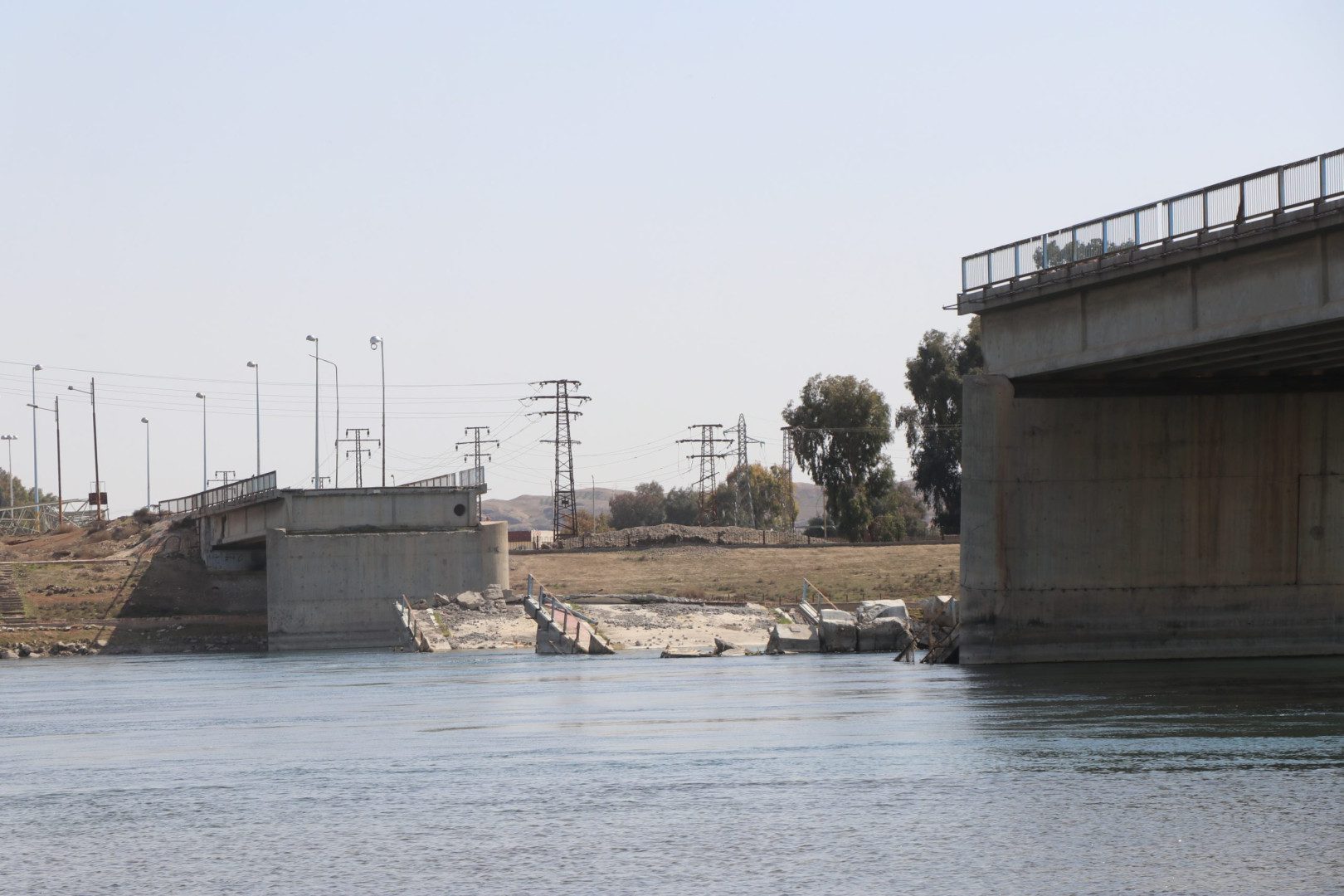 Part of the destruction of the al-Rashid (New) Bridge south of Raqqa city, 3/4/2021 (Syria Direct)

Although 56 bridges and crossings have been repaired, 14 of those have been repaired temporarily through the installation of metal (military) bridges. Some 10 others have been restored in a rudimentary way, “by putting in debris backfill and rubble as an alternative to the bridge,” the director of a civil society development organization in Raqqa told Syria Direct. He requested anonymity for security reasons. “These bridges are unstable and become death traps during rainfall because they are dangerous. Aside from that, they are not suited for trucks and cars with heavy weights,” he said.

Just as the temporary metal bridges and those repaired in rudimentary ways do not fundamentally resolve the transportation crisis for the area’s residents, the continued presence of eight bridges and two defunct ferries increases the suffering of Raqqa’s residents. They consider “repairing the out-of-service bridges, especially the al-Rashid (New) Bridge and Sahl al-Khashab a main priority for them and for the organizations working in the area,” added the director.

The story of Khalil Abdelqader, a 45-year-old food trader living in the al-Kasrat area, embodies the struggle of the population of the south Raqqa countryside due to the bridges and crossings being out of service—whether completely or partially through initial repairs. Abdelqader relies on Raqqa city markets to supply basic materials and distribute them in the area, he told Syria Direct.

A man rides a bicycle in a market in Raqqa city. In the background, buildings destroyed during battles with IS can be seen, 3/4/2021 (Syria Direct)

Prior to the rehabilitation of the al-Mansour (Old) Bridge, repaired in June 2019, residents traveling between Raqqa city and its southern countryside had been relying on “death ferries,” known locally as al-bark, which are boats that transport individuals and vehicles. However, the transportation crisis persists because the al-Rashid (New) Bridge remaining out of service obstructs commercial traffic.

“When the truck is carrying more than four tons,” explained Abdelqader, “it can’t cross the Old Raqqa Bridge, the only one at the moment.” This means trucks must go “35 kilometers west to cross the Euphrates Dam at Kadira village, then a distance of 30 kilometers to the al-Kasrat area.” But “if the New Bridge, which was used for commercial traffic, were repaired, the distance from the city to al-Kasrat would be no more than 15 kilometers.”

The long distance and time it takes for goods to reach from Raqqa city to the southern countryside force Abdelqader to absorb greater costs. He pays SYP 75,000 ($27 according to the current exchange rate in the parallel market, which hovers around SYP 3,000 to the dollar), three times the transportation cost if the al-Rashid Bridge were operational. That “raises prices for civilians,” he said.

For that reason, work must be done “effectively and seriously to rehabilitate the remaining bridges, especially the al-Rashid Bridge,” Abdelqader emphasized.

Funded by the European Union