The Quneitra border crossing is a demilitarized zone on the Syrian side of the Golan Heights. A UN peace-keeping team monitors both the zone and the border, a relatively quiet front during this war.

So far, the rebels have been able to maintain their hold on the border crossing, despite being hit by airstrikes and heavy artillery fire Thursday, according to pro-opposition news agency Smart News.

Meanwhile, pro-regime newspaper Al-Watan confirmed that the rebels had taken Quneitra Wednesday, claiming without explanation that they did so “with the help of Israeli warplanes.”

This is the second time rebel groups have captured the Quneitra crossing, the first being in June 2013.

Damascus reportedly bombed Syrian rebels in the foothills of Arsal Wednesday as the Lebanese army renewed fighting with them on Thursday, according to the Lebanese official National News Agency.

Thursday’s fighting near the Lebanese-Syrian border means the end of a truce negotiated earlier this month in Arsal between the Lebanese army and Syrian militants that allowed Syrian fighters to return home.

It is unclear exactly which groups the Syrian fighters are affiliated with, as the Lebanese press only refers to them as “militants.” The monitoring group Syrian Observatory for Human Rights claims that fighters are from Islamic battalions and are led by Jabhat a-Nusra.

During the last incursion on Arsal in early August, fighters from the Islamic State and a-Nusra led the attack.

The Syrian government and its affiliated press have not commented on the bombing as of Thursday.

At least six major FSA battalions operating in the outskirts of Damascus announced Wednesday in a videotaped conference the formation of the “United Military Command for East Ghouta,” to coordinate efforts and break the siege imposed on the Damascus suburb since early 2013. 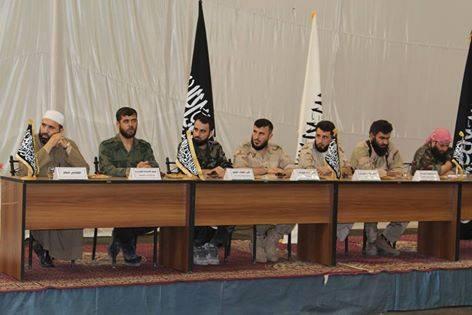 The joint command will include, among other factions, Jaish al-Islam, Ahrar a-Sham, Feilaq a-Sham, and the Islamic Union for Soldiers of the Levant, and will be headed by Mohammed Zahran Alloush, leader of Jaish al-Islam.

Outside of purely military objectives, the joint command also aims to “support the East Ghouta judiciary council...[and] bring every criminal to account.”

The announcement comes two weeks after the regime captured Mleiha, a major setback for rebels that opened the door for Syrian army forces into rebel-held East Ghouta.

Among the ministers who will keep their posts are Minister of Defense Fahd al-Freij, Minister of the Interior Mohammed Ibrahim a-Shaar, and Foreign Minister Waleed al-Muallem, according to Syrian official news agency SANA.

AMMAN–Ahmad Ali, 21-years-old, stepped out of his car to fill up his gas tank at a station in Raqqa...
Read more...
September 16
Syrian government forces returning displaced persons to pay for services they never recei...

AMMAN—Months after returning to her home in west Damascus, Samira Muhammad (pseudonym) is surprised...
Read more...
May 02
Leading Raqqa official dies amidst string of assassinations targeting members of northern...

AMMAN: A member of the Raqqa Civil Council died this week under unclear circumstances, following a ...
Read more...